The struggle of Muslim Women- Post illegality of Triple Talaq

Technically married but practically divorced, is the situation the Muslim women are dealing with where their husbands have left them abandoned. Where on one hand we celebrate Women's Day, yet the reality forces us to look into the actual position of women in our country, as the grip of patriarchy is visible. If women are seen standing up against injustice, violence is too increasingly against them. Five years after the Supreme Court's five-judge Bench under Chief Justice J.S. Khehar invalidated Triple Talaq in August 2017, the women petitioners continue to live a difficult life. After Triple Talaq was announced unconstitutional, Muslim women are seen living a difficult life where they are abandoned by their husbands, do not enjoy any conjugal rights or receive any timely maintenance, the husbands have gone ahead remarrying, and because of the absence of a legally valid divorce, Muslim women are uncertain about their eligibility for a fresh marriage.

Divorce or Talaq in simple words means dissolution of marriage and in today’s time, it is acceptable among almost all communities, and religions, with the law recognizing and validating it. But despite this, divorce is yet considered taboo, because in many religions, marriage is considered to be a sacred union, and when it comes to laws regulating divorce, in many religions- customs and tradition prevail over law.

In Hindu law dissolution of marriage was not recognized, until 1955 when the Hindu Marriage Act was passed because marriage was considered a sacrament, and humans were not seen worthy to end an alliance made by God. Under Muslim law marriage or Nikah was considered a secular bond, and hence divorce or Talaq was considered in the ambit of humans due to its contractual nature, and hence it could be dissolved just like any other contract. Before 1939 Muslim women had no right to seek divorce from their husbands, but after the Muslim Marriages Act 1939, a wife could initiate divorce by asking for Khula, but this also required the consent of the husband.

Islam is divided into major two sects- Shia and Sunni and both the sects have different rules for performing Talaq.

According to some Sunni schools of jurisprudence, each talaq utterance should be followed with a waiting period of three menstrual periods for women or three months called the period of ‘iddah’. This period is considered to be the time when the couple gets to reconcile and negate the divorce. Along with this, some Sunni Schools, particularly the Hanafi school of jurisprudence do not consider utterance of talaq in one go (triple talaq) appropriate because it leaves no room for reconciliation and is irrevocable in nature. (Dissolution of Marriage (Divorce) under Islamic Law", 2022)

Shia does not recognize the concept of verbal talaq i.e. triple talaq’. The mere utterance of the word ‘talaq’ three times is not a valid form of talaq under Shias, rather they practice the waiting period called ‘iddah’ when the couple tries to reconcile with help of mediators from each family, and also require witnesses for the declaration of talaq. The divorce is considered void if the couple breaks the waiting period and once the waiting period is over and the divorce is confirmed, the husband is no longer responsible for the expenses of the wife, but remains responsible for the maintenance of the children.

II. Types of Divorce in Islam:

· Extra Judicial- Talaaq ( Talaq-e- Hasan- where a single pronouncement is made within a period of three months and Talaq-il- Bid’ah- where a triple declaration of talaq is made at one go), Illa and Zihar can be practiced by the husband. Talaaq-i-tafweed and Li’an by wife and Khula by mutal agreeement.

As popularly known, it was the most inappropriate form of talaq as it was instant and irrevocable. Before 2017, triple talaq was considered to be a valid form of talaq, where the husband could divorce his wife by pronouncing the word ‘talaq’ thrice in one go. The wife had no right to revoke or question the divorce and concern about maintenance was not even raised.

In Sarabai vs Rabiabai 1905(Batchelor, 2022) it was said “It is a sinful form of divorce. It is an irregular mode of Talaq introduced by Omeyyads in order to escape the strictness of the law”. It also held that Talaq-ul-Biddat is theologically improper. It has been maintained that this form of Talaq is improper from the moral point of view.”

Even though the prophets and Quran argue it is a sinful form of divorce, it was been practiced for years and generations. In the year 2016, Shayara Bano (Bano, 2022), challenged this practice a year after her husband divorced her after being in marriage for 15 years by pronouncing triple talaq. Along with her, four other women – Aafreen Rehman, Gulshan Parveen, Ishrat Jahan, and Atiya Sabri also tagged in the plea. The Hon’ble Supreme Court heard the petition demanding to ban triple talaq and holding it unconstitutional, comprising of 5 judges from different religions- Justice Kurian Joseph a catholic, Justice UU Lalit a Hindu, Justice RF Nariman a Parsi, Chief Justice Khehar a Sikh and Justice Abdul Nazeer a Muslim. On 22nd August 2017, the majority of 3:2 declared Triple Talaq unconstitutional (Deshpande, 2022). Two years after the law passed against triple talaq, The Muslim Women (Protection of Rights on Marriage) Act, 2019 was passed making triple talaq a non-bailable and cognizable offense, meaning the police would not require a warrant to arrest such a husband who pronounces triple talaq. The law also included the victim’s (wife) right to obtain alimony, leaving it to the magistrate to decide as per the requirements of the case.

Today, five years after the Supreme Court invalidated triple talaq and declared it unconstitutional, the women petitioners continue to live an estranged life. The women are left confused as they are not certain about their marital status because technically they are married but as per their husbands and their family, they are divorced, leaving such women with no conjugal rights or even any sort of regular maintenance. Where the husbands of such wives are seen moving forward in life and remarrying, the women are still stuck and do not know if they are eligible to marry again and restart their lives.

Everybody undoubtedly welcomed the Supreme Court judgment but has the petitioners really benefitted from it is the question being asked. The petitioners are left with nothing. No alimony, no maintenance, or reconciliation. Such women cannot even resort to Khula because that also can only be obtained with mutual consent. Looking into such cases, in April 2021, the Kerela High Court (ITS VALIDITY, 2022) passed a verdict declaring that a woman can unilaterally proceed with divorce (Khula) and will not require the consent of the husband. But as the judgment is only binding in Kerela, hence this is seen to be of no use in particular for women across the country.

Post the criminalization of triple talaq, husbands do not give talaq, because they know that would land them in jail, and also when a husband gives talaq to his wife, he is bound to pay the Mehr as well as maintenance for the iddat period (three consecutive months). Hence now husbands just leave their wives either hanging and deserted or force them to opt for Khula.

Despite several amendments being made and laws being created, women are still seen suffering at the hands of our patriarchal society. When we talk about equality and women empowerment and justice, it's important to acknowledge that is it really being practiced. A full stop was always required towards an evil practice like Triple Talaq which has ruined lives for centuries now, but it is also our responsibility to understand that by sending the husband behind the bars for divorcing his wife will not provide any benefit to her. Regulations have to be made more stringent to see that law enforcement bodies make regular visits to such families to make sure that the wives are taken back by their husbands rather than being left neglected or forced to obtain a mutual divorce. 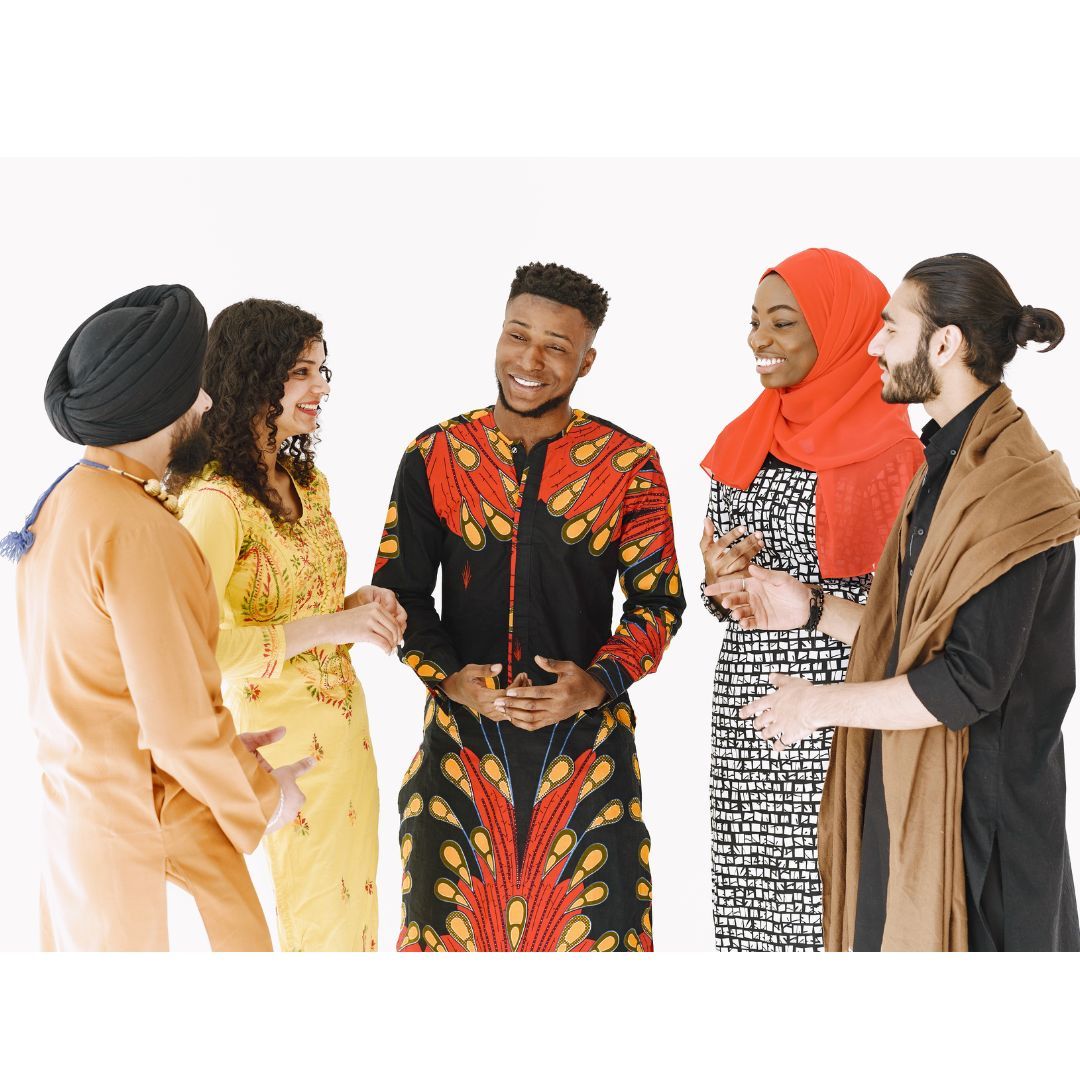 
When the IMF comes to town: why they visit and what to watch out for