There is an urgent need to highlight the vision to reduce global road traffic deaths by 50% by 2020 and to provide access to safe, affordable, accessible and sustainable transport system for all by 2030

Based on the 2016 WHO Global Health Estimates, the number of global traffic deaths continue to increase from 1.15 million in 2000 to 1.35 million in 2016. There is an urgent need to highlight the vision to reduce global road traffic deaths by 50% by 2020 and to provide access to safe, affordable, accessible and sustainable transport system for all by 2030 (signatory to United Nations Sustainable Development Goals). Indian roads which succumb to such accidents in a very high number, need a different approach to settle the matter. This abstract is an attempt to address road accidents in light of human behavior and actions.

People nowadays are carrying hockey sticks in their cars in lieu of protecting them and their family members. But what is the need for that in the first place? Traffic congestion is another name of road rage in India. This rage which is a result of anger and frustration instigates a person to harm others either knowingly or unknowingly.

Where, on the one hand it is crucial to punish the person  who has committed the offence in above light but at the same time it equally important to understand what has triggered him? Why is anger in that situation is situated at the top of everything? Used first in the USA's most popular press, the word "Road Rage" is not new. (Fong, Frost and Stansfeld, 2001)

This is not just limited to India, the entire globe is suffering from the angst of road rage. Everyday 3500 people die due to road rage globally. This means every year, there are 50 million injuries and 1.3 million road accidents deaths occur globally which are preventable.

Both the long and short term implications of these accidents affect not only the person injured, but also their families, and the economy. According to a study, the economic cost associated with road traffic accidents in India is between USD 15.71 and 38.81 billion which is equivalent to 0.55 - 1.35 % of GDP (Singh, 2022).

The reasons for road rage could be disparate from one another. Some just want thrill by driving fast, some blow horns frequently, some change lanes speedily, necessary overtakes, drink and drive, talking on mobile phones, surfing on mobiles, violent talks, inappropriate gestures etc (Agarwal, 2022).

To study  the road traffic situation in India is quite complex (Gupta, Goswami & Kumar, 2021). Research shows there is a lacuna of research when it comes to aggressive driving resulting in road rage. There is an urgent need to look at this issue from a mental health perspective.(Sagar, Mehta & Chugh, 2013). The semi structured interview study was conducted on 200 Delhi residents chosen randomly to understand the driver related aggression. Most of them were young people (18-30 years of age), less than half of them were graduates and working somewhere. On an average, they were driving 15 hours a week and during peak hours. In India where traffic and congestion add to the rage among individuals, there is climate which adds on the, top of it.

Gupta, Goswami & Kumar, 2021 writes, In India road accidents not only affect the person driver or being hit, it affect their family, society and economy at large. This review talks about an explorative factor analysis (EFA) of drivers and showed offense, fault and ignorance are some of the important traits behind the driving experience. Drivers above the age of 45 exhibits the best driving quality among other age groups. Long distance travel results in more fatigue and hence problems in concentrating, trouble focusing, bad judgements, etc. New drivers seem to commit maximum level of offense as compared to their contemporaries.

There is a very interesting book by Tara E. Galovski, Loretta S. Malta, and Edward B. Blanchard on Road Rage: Assessment and Treatment of the Angry, Aggressive Driver.(Galovski, Malta & Blanchard, 2006) The book talks about clinical assessment (the authors were themselves clinical psychologists) of the driver who feels anger and other negative outbursts while driving. For example; changing lanes very frequently, showing negative gestures, use of lights (driving at high beam), blowing horn unnecessary, parking cars badly (leaving no room for the car to move) could lead to anger and rage like situation in other people (drivers). There are also times when a person's (driver) own faulty perceptions and judgements could make themselves angry.

Road rage by far is not a part of any mental disorder. In medical terms, Intermittent Explosive Disorder is a condition which is marked by frequent episodes of anger outburst which could/could not harm anyone. These episodes of anger could lead to fights, verbal arguments, etc. This disorder could be linked to kinds of people who engage themselves or others in a road rage. To put in simple terms road rage or driving behaviours could manifest this disorder (Intermittent Explosive Disorder: Symptoms & Treatment, 2022).

A review article published in the British Medical Journal by Yasin, Grivna & Abu-Zidan, 2021, have studied the effect of COVID-19 (especially during lockdowns) on road safety of 36 countries. The study shows that due to the pandemic the absolute numbers of road traffic collisions have decreased in some countries. However, on the other hand, there was an increase in the severity of injuries and deaths in some countries. The reason for such state was risky driving behaviour such as over speeding. Reduced mobility on the one hand had reduced road congestion due to vehicles, road traffic collisions, but on the other it may increase the empty streets or lanes or roads which increase the risk of over speeding. According to the review, the highest reduction in road traffic collisions was observed in France in April 2020. Over speeding was increased in Spain, the USA, UK, etc. Other factors than over speeding were harsh driving, not wearing seat belts, drink and drive, etc.

Global road Safety Initiative (GRSI) has long been partnering with Bloomberg Philanthropies towards improving the distorted status of global road safety.(The Bloomberg Philanthropies Initiative for Global Road Safety (BIGRS) | GRSF, 2022). Presently, there are 15 countries covered under this program, with India is one of them. A new program The Bloomberg Philanthropies Initiative for Global Road Safety (BIGRS)  (a second one in timeline ) 2020-2025 is aimed towards reducing global road crashes and severe injuries. In general Bloomberg Philanthropies is now working for over 12 years now. This program is targeting three vital points, namely: speed management, road infrastructure assessment and data management. A research study highlights the efficacy of the program and how many lives have been saved through activities like reducing drink & drive, legislative changes, social marketing strategies, aligning with police personals. etc.(Hendrie, Lyle & Cameron, 2021) It contributed to save 97,148 lives by 2018. In India two institutions namely IIT Delhi and Save India Foundation are working with them to make streets safer.

Road rage is linked with driver's behaviour.(Gupta, Goswami & Kumar, 2021) Thus, the first driver behaviour questionnaire was prepared by (REASON, MANSTEAD, STRADLING, BAXTER & CAMPBELL, 1990) grouping driver's behaviour into 4 categories namely slip, lapses, error, and violation. This questionnaire has become the most popular channel to measure and analyse the driver behaviour. There were many studies measuring various Countries varied forms of this assessment.(BLOCKEY & HARTLEY, 1995 & ,(Rimmö & Hakamies-Blomqvist, 2002)  & (Stanojević, Lajunen, Jovanović, Sârbescu & Kostadinov, 2018) are some of the studies among others.

India has one of the highest road injuries in the world. Negligence towards traffic rules and reckless driving is widespread. Some of the common reasons seen behind such driving could be avoided. There are cases where people yell, shout, behave in an appropriate way while driving all that leads to what is known as road rage. It is thus time to find solutions to control such behaviour among people. 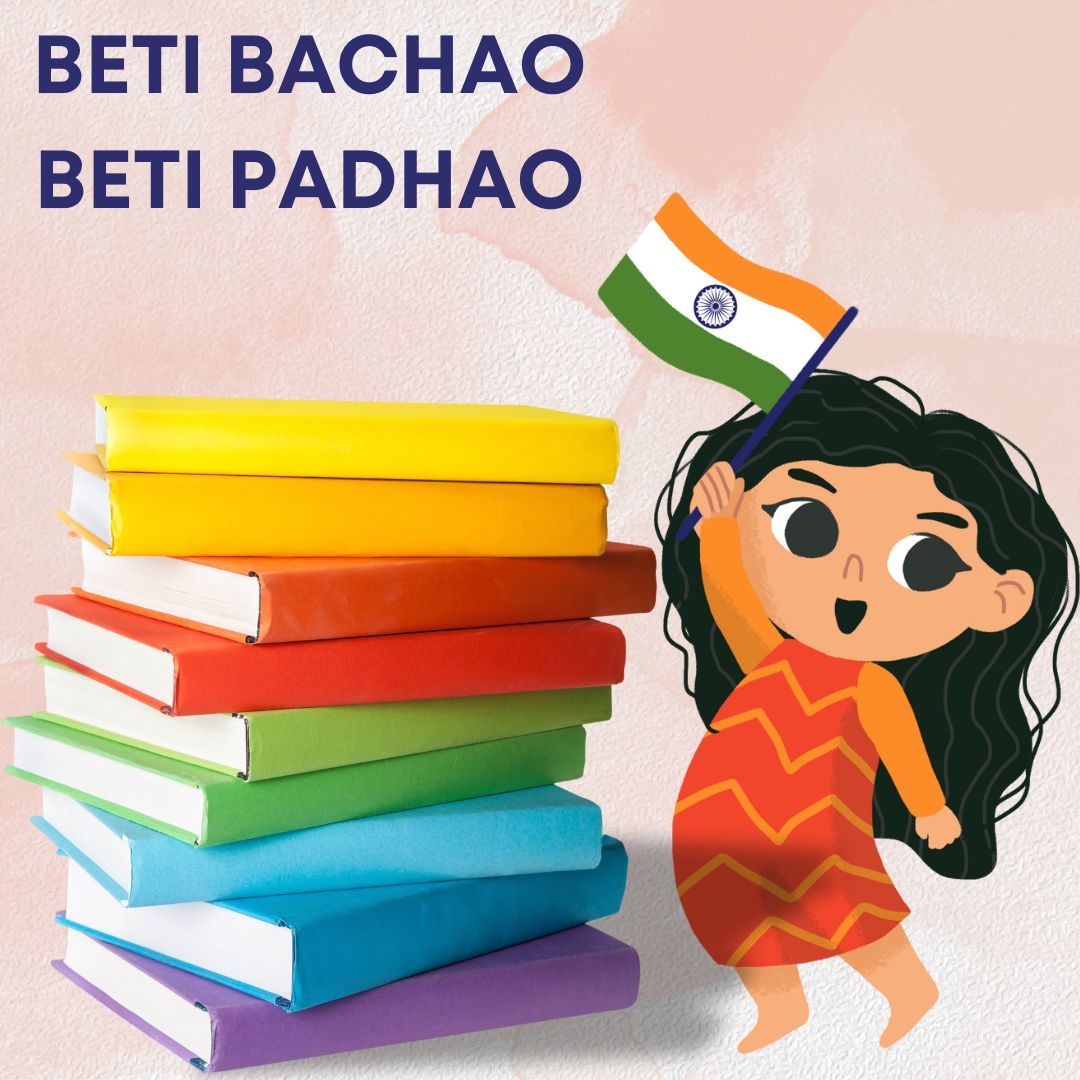