a month ago by Featured Story ∙ 5 min read

A two days National IP conference on Strengthening IP Ecosystem for Catalysing Growth of Knowledge Economy was organized on 14-15th October 2022 at New Delhi by The Office of Controller General of Patent, Designs, and Trademarks, DPIIT and Capacity Building Commission. The objective of the conference was to bring together all the top IP Officials, Hon. Judges, Lawyers, Administrative staff, and other IP practitioners under one room roof to discuss the present and futuristic challenges and developmental issues by way of several engaging and intensive brainstorming sessions. The conference was followed by the National IPR award ceremony.

October 14 and 15, 2022 marked a watershed moment in the history of innovation and IPR in India. The two-day National IP Conference concluding with the National IP Awards, set a new definitive tone for the trajectory to be embarked on in India’s tryst with her innovation destiny. It was refreshing & heartening to listen to the committed presentations from our national policy experts, professional and the judiciary contouring an ambitious framework and pathway for the enhancement of innovations in India to reach the persons for whom they are meant.

Shri Piyush Goyal, our young ever smiling and vibrant Minister for Commerce and Industry in one of his most extraordinary, candid, visionary and interactive concluding session, laid a metamorphic Blue Print for a “Seamless Synergised Kartavya”, not only for the Intellectual Property Office (IPO) but also for the bureaucracy in the Ministry and all the stakeholders including industry, start-ups, entrepreneurs, industry associations & copyright societies, Management and Legal fraternity to nurture & sustain the innovation landscape in India.

Unlike several national events in the past, Shri Goyal’s Blue Print went into action on 17th October 2022 with the initiation of an “Open House” on a video conference platform every morning for one hour from 10.30am to 11.30am IST, wherein the stakeholders are free to interact online with officials of IPO with regard to difficulties faced by them during processing of their applications. Further, this open platform may also be used to express grievances, feedback and suggestions to the officials of IPO in real time for the quick resolution of any operational issues. The participation in the “Open House: has been as follows: 28th October (70 participants), 19th October (60 participants) and on 20th October (23 participants).

The Minister of Commerce and Industry has also thrown open to all professionals to suggest appropriate amendments to the Acts and Rules related to Patents, Trademarks, Design Registrations, Geographical Indications and Copyright this week so that they can be considered by the Ministry while finalising the Bills to be tabled in the Winter Session of the Parliament.

To ensure optimal participation of technology innovators in boosting the IT infrastructure of the IPO, the Minister of Commerce and Industry has thrown an open invitation and challenge to individual innovators and / or technology companies to  develop state of art IT Platform to facilitate Zero-paper based efficient filing and prosecution of IPR Applications with minimal physical interaction with stakeholders. He even announced an award to be given to the developers of the selected IT Platform which will be given with due diligence, and careful ascertainment.

Recognising the urgent need for augmentation of manpower in the IPO for speedy clearances of the IP Applications, the Minister outlined a time bound plan to induct and engage appropriate personnel with training to assist the IPO personnel with immediate effect, He urged the Controller General and the officials of the DIIPT to initiate immediate action.

Preparing the IPO Personnel for the challenges ahead in examining and administering Intellectual Property related issues resulting for the emerging disruptive technologies has been identified as a priority area in India. It was suggested that the Controller General of Patents, Designs and Trademarks (CGPDTM) and the Capacity Building Commission (CBC) should draw a structured knowledge and skill upgradation plan for the officers in the IPO to create the required human resource well ahead of time. Active involvement of practising professionals from the technical, management and legal domain in this venture will be pursued in earnest.

Geographical Indications (GI) is an area of immense importance in India. Appropriate protection of products of repute based on Indian traditional knowledge, culture and local resources would aid in creating sustainable livelihood and business opportunities for the local communities. Adhering to set quality standards and their enforcement are imperatives and appropriate mechanisms to meet these requirements needs to be set up. Infusion of appropriate technologies in Further, the idea of establishing a National GI Portal for popularisation of GI and aggressive marketing of authenticated quality Indian GI Products has also been proposed.

With the abolition of the Intellectual Property Appellate Board (IPAB), the Indian Judiciary has quickly responded to the need for special IP Benches in the Courts. The special IP Bench of the Delhi High Court has become fully operative and IPR matters are being disposed of with remarkable quality and speed. The other high courts in the India are gearing up as well.

India is a multi-lingual country and hence developing appropriate IPR Awareness resources in diverse Indian Languages is a necessity. A comprehensive plan has been put in place in the IPO to create “India relevant” IPR resources in Indian languages to ensure their extensive out-reach to the Indian public.

Entries for the National IP Awards 2021 and 2022 in 11 categories were announced on 14th September 2022 by the Office of the CGPDTM. [https://ipindia.gov.in/newsdetail.htm?816] A Jury was formed with members comprising professionals, academicians, and IP practitioners with established credentials including members of the Office of the CGPDTM. Several hundreds of entries in all categories were received. These were subjected to the Qualifying Benchmarks formulated by the Jury that included parameters such as number of applications filed & granted in India and abroad, commercialisation & socio-economic impact of their respective IP Portfolio in India. A publication detailing the National IP Awards Jury deliberations is under preparation.

This 360  approach to innovation and IPR has set the country on a new trajectory to enhancing its ranking in the Global Innovation Index (GII) with India aspiring find itself among the top 10 innovation led countries in the world.

Never before in India, have issues related to innovation and IPR been addressed in any public forum with such transparent vision, simultaneously setting the pathway in mission mode. Now is the golden opportunity to put our best foot forward to metamorphically transform the innovation and IPR landscape in India in the matrix of “Atmanirbhar Bharat” i.e. “Self-reliant India”.

This piece is written by Professor Prabuddha Ganguli.

Professor Prabuddha Ganguli is the CEO of VISION-IPR, He has been a Consultant to the World Intellectual Property Organization, Geneva, since 2001 and an adviser on Innovation & IPR policy to several governments. He is Advisor & Adjunct Faculty in IIT Jodhpur and Co-Principal Investigator in the National Digital Library of India project, IIT Kharagpur. AICTE has engaged him as a “MARGADARSHAK” to mentor several Universities in India. He is a qualified Patent Agent in India. He is a Member of the BOG of the Vishwakarma University, Pune and Member of the Research Advisory Council of the Pandit Deendayal Petroleum University, Gujarat. He is Hon. Vice Chairman, Member of the Board of the Intellectual Law Practitioners Association (IPLPA) and Member of the International Editorial Board of “World Patent Information”. He held the prestigious position as Honorary Scientific Consultant for Innovation and IPR matters to the Office of the Principal Scientific Adviser, Government of India from 2005 to January 2018. Professor Ganguli served on the jury of the awards.

The IP Wave
by Shivani Singh and other authors 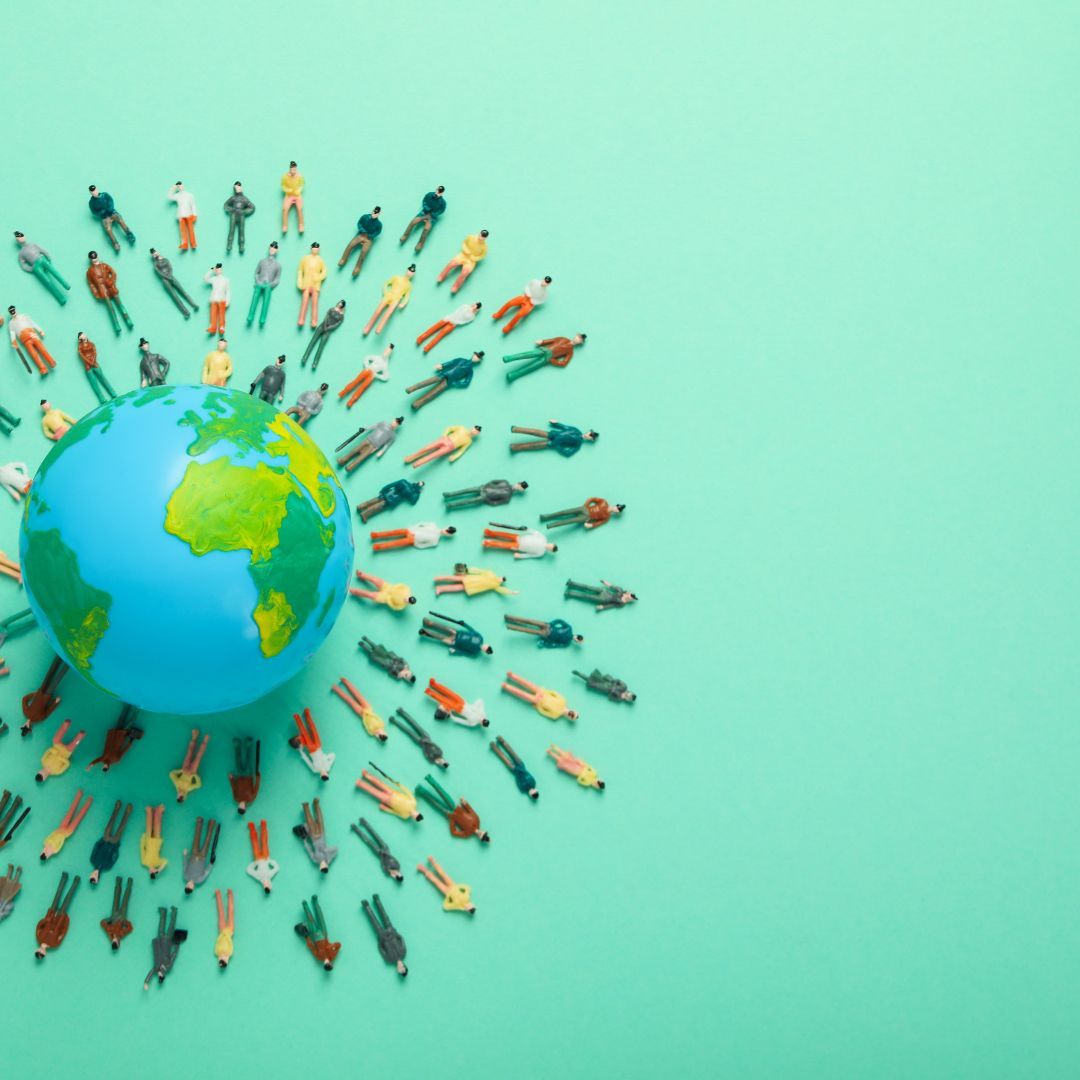